Posted by Bruce on November 3, 2012 in Humor, Odds and Ends, potpurri

I have not taken the time to verify this but think it’s funny:

Dana Perino (FOX News) describing an interview she recently had with a Navy SEAL. After discussing all the countries that he had been sent to, she asked if they had to learn several languages? “Oh, no ma’am, we don’t go there, to talk. 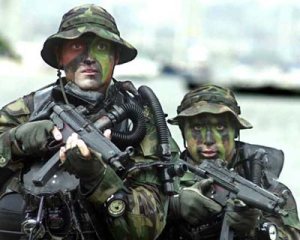 Not here to chit chat!

Because I know you care, here are the 25 worse passwords ever.

Did you know your brain is similar to a shark’s?

← Confessions of a Book-a-holic
I am tired of of 2 Chronicles 7:14 being trotted out for every election… →