Posted by Bruce on April 7, 2015 in Uncategorized

The American Civil War resulted in more American casualties than all of the other wars combined. This reblog reports the number of casualties is being revised upward all the time as new evidence emerges. 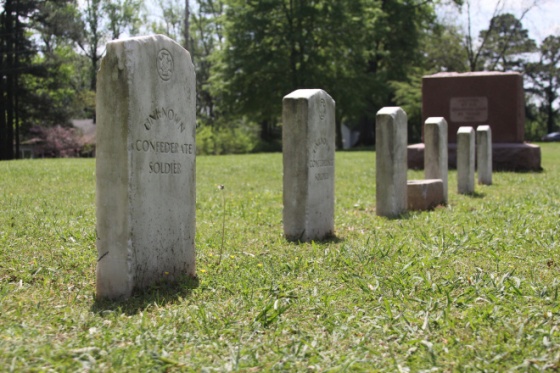 Historians in recent years have revised the number of dead connected to the American Civil War significantly upward, from 620,000 to as many as 850,000. That increase is based in part on the work of J. David Hacker of Binghamton University SUNY, who used demographic methods and sophisticated statistical software to study digitized US census records from 1850 to 1880.

Coming up with actual names to go with this increase is significantly more difficult.

However, one South Carolinian, through years of hard work, has given names to many Confederate soldiers whose deaths during the 1861-65 conflict were never officially documented.

Herbert “Bing” Chambers has uncovered the identities of approximately 3,000 South Carolina soldiers who lost their lives during the War Between the States but were never officially recorded.

Chambers’ efforts have increased the state’s losses during the war to nearly 22,000.

To put that in perspective, that figure is more than 17 percent higher than the 17,682…