They Shall Not Grow Old

On December 17th myself, two friends and my son went to see They Shall Not Grow Old-a powerful movie\documentary that chronicles the experiences of the average British soldier in the Great War.

The movie will be again shown on the 27th in the US.

The Imperial War Museum gave director Peter Jackson of Lord of the Rings fame access to all the footage taken in their archives as well as the audio files from the veterans of the Great War (recorded in the 1970s).

The product was amazing. It was compelling on so many levels and the colorized 3D experience made as if you were watching something happening now. It is not a war movie but a powerful human interest story set in 1914-18.

I would not wish to issue any spoilers so will settle for the following:

The film was upgraded by Jackson and his crew. Here’s an example… 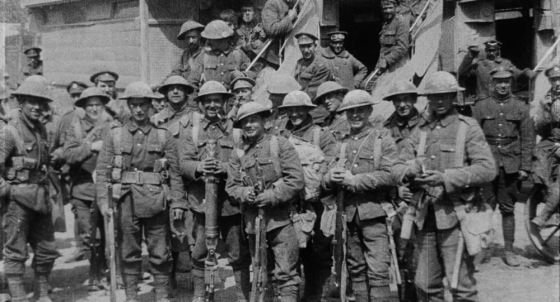 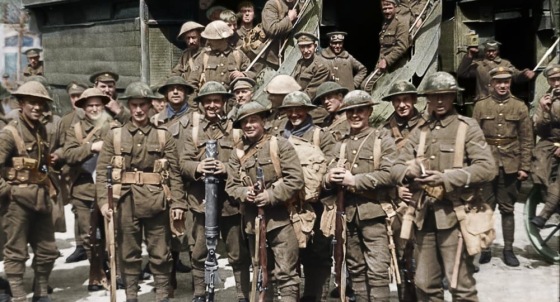 At the end of the film Jackson explains why they colorized the originals. As I noted above the colorization (and how they figured out movement) made it appear as if you were watching a contemporary event.

This in my opinion is one of the most compelling images. This is a sergeant in the middle of a line of men moving along a trench line. The sergeant realizes that they are being photographed and turns to hold a brief stare at the photographer.

He almost looks angry or full of disdain for being photographed. I wonder what he was thinking. Given the horrors of trench warfare and the casualty rates (nearly 1,000,000 British and Empire soldiers killed) I speculate that he is upset about the photographic intrusion.

They are very possibly marching to their deaths and the good sergeant sees it as a violation of their privacy as they march towards the afterlife.

Tags: Great War, movies, They Shall Not Grow Old Permalink

5 comments on “They Shall Not Grow Old”