I picked these two repro postcards up at a gun show from a fellow who deals in militaria.

The cards are typical of the type used by most of the major powers in WW1.

The second card captures the patriotism and a bit of the romantic notions some soldiers had of the war. By 1918 I’m sure most German soldiers did not entertain such notions.

These two are typical of the German postcards. See the translations by my friend Brittany C. in the mid section. 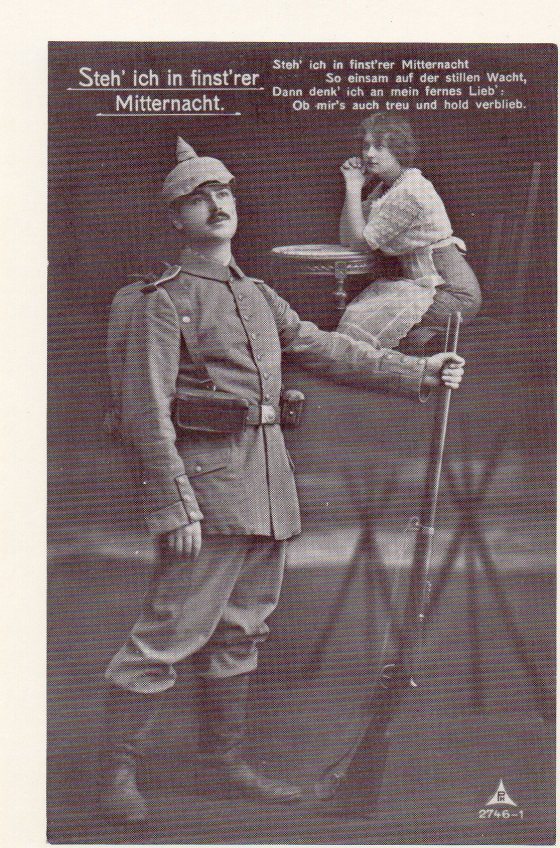 Standing in the darkness of midnight
So alone during the silent watch
Then I think of my distant love
And whether he remains lovingly true.

Dawn/Sunrise
And so I will bravely fight
And if I should suffer (experience) death
Then dies a a true (honest) knight (soldier?)

As a side note two soldiers below appear to be Uhlans-German Cavalry.