My friends and I go way back, waaay back in the hobby of miniature wargaming. Because of this at least two of us collect old Airfix figures for nostalgia purposes but also to serve in our current wargame armies along side more recent productions.

At present I have one unit USA and one unit CSA in the armies I’m painting for Black Powder ACW wargaming. 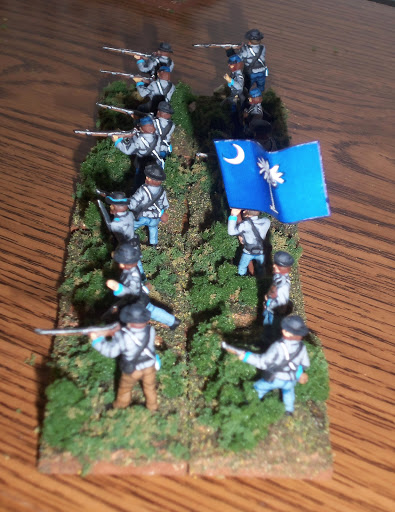 This first unit I painted is the infantry component of Hampton’s Legion. Wade Hampton of South Carolina raised a a combined arms command of infantry, cavalry and artillery at the start of the war. The practice was common in the South and these combined arms units were called “Legions.”

Most did not last long as the components were usually broke up and distributed into larger formations of the same type. My intent is to paint each component of Hampton’s Legion before it was broken up following the Battle of Antietam (Sharpsburg). When I finish I’ll feature all three arms on this blog. 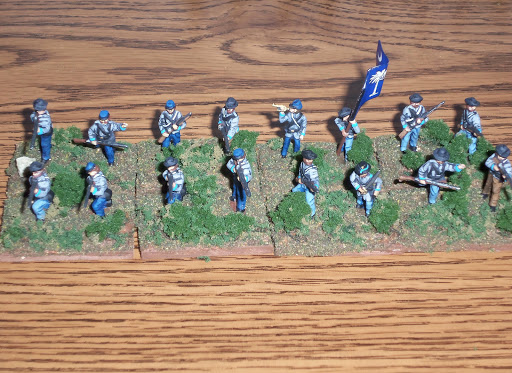 I took artistic license for the infantry uniform. I wanted a pre-war militia look and took some inspiration from Don Troaini’s series of ACW prints. 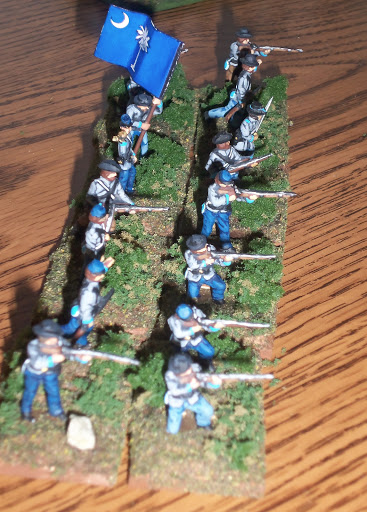 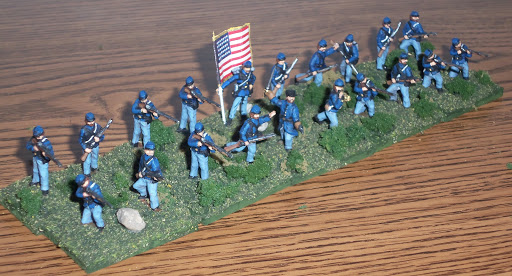 My other unit of old Airfix has been christened the 26th Wisconsin.

I cut the rifle from the figure and inserted a needle (dangerous) and attached a Musket Miniatures US flag.

Each of my units has a specific designation as a specific unit even though they may serve generically in a game. I call this unit the 26th Wisconsin because I live in Wisconsin and have the 26th regimental history.

The 26th was a “Sigel” Regiment which means it was raised as one of Franz Sigel’s predominately “German” regiments. Sigel’s Germans were recruited from the 1st and 2nd generation of immigrants from the various German states in areas like St. Louis, Cincinnati and my home town of Milwaukee.

There were so many Germans in the 26th WI that it was called the 2nd German of the Wisconsin regiments to serve in the Civil War. I think the other was the 9th Wisconsin.

The 26th was in the hapless 11th Corp of the Army of the Potomac.

The 11th Corp had a high proportion of Germans and when some units were pushed back and some routed at Gettysburg they were disparaged in the eastern press for cowardice and “Dutchmen”-an unfair charge.

The Dutchmen label was a corruption of Deutsch which apparently many English speakers could not pronounce.

The 26th in particular distinguished itself at Gettysburg until both flanks collapsed and they were forced to retire with the rest of their brigade. 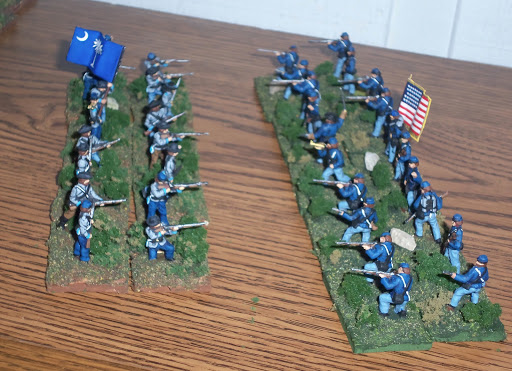 My two Airfix units face off. 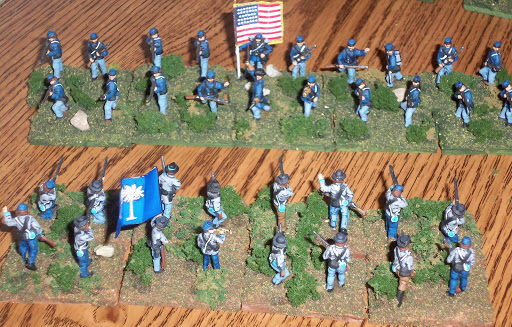 Airfix had three sets of figures issued specifically for the American Civil War. The pictures below illustrate the box art from the sets in the 1970’s-80s. The sets are no longer available from Airfix but can be found on Ebay. The sets are sought after by collectors and can command a high price in mint condition.

← Gallipoli and the Battle of Lone Pine (Australians at War) Revisited.
“Did you see the Zeppelins?” →