Eastern Front in 1/72nd Part III features the majority of the Russian armor involved in the game.

The scenario was early war so the majority of tanks were BT-7s on the Russian side.

The BT-7 was the main battle tank of the Soviet Army and 2,000 were lost in the first 12 months of the war.

It was nasty surprise for the Germans when they encountered the T-34 and KV-1s for the first time.

The Germans were totally unaware of these two tanks. The Red Army had 1,000 T-34s and 500 KV tanks at the start of Barbarossa. The standard German 37mm ATG was ineffective against either tank.

In this particular game the Russians were counter attacking a Ukranian village and had to face the dreaded 88mm dual purpose gun.

The pictures are from an actual game in progress and not posed. 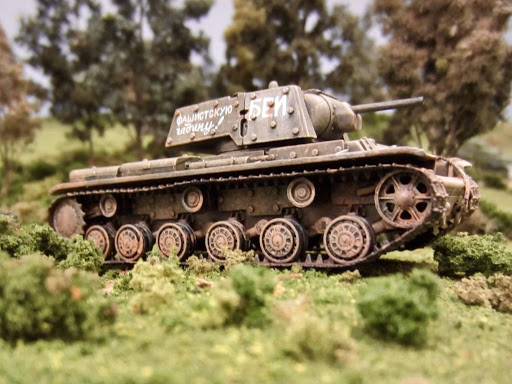