Eastern Front in 1/72nd will feature a series of pictures from a wargame played out in January, 2015.

The scenario was early war-1941 and the rules used were homegrown.

The pictures below feature the work of contributor MS.

A StugIIIb makes it way down the street of a Ukrainian village. 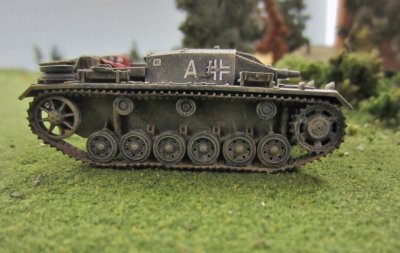 The model is an out of the box build from Trumpeter Models minus one antenna rack. 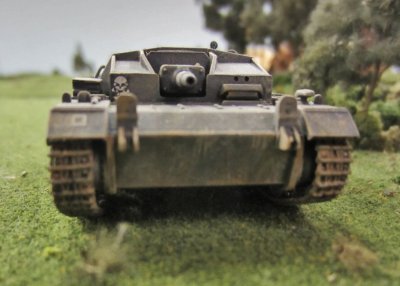 Front view of the StugIIIb workhorse of the German Army

Nice top shot of the StugIIIb. Accessories added to the deck including the aerial recognition flag.

The model was brush painted with Vallejo paints.