The situation on turn five. The French have fallen back from the frontier after taking heavy loses. They have regrouped and launched a serious counter-attack around Paris nearly over-running an exposed artillery unit.

My offensive along the coast is preceding nicely. 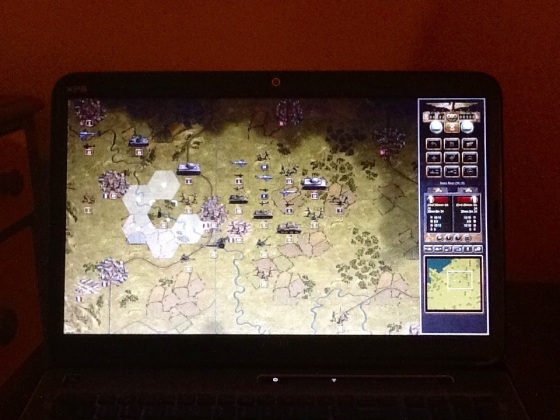