The Most Pathetic Generation

Posted by Bruce on November 9, 2012 in History, News and Commentary, Politics

Last night I had the opportunity to take a long drive with my adult, married with children, hard-working son. We have a mutual interest in history and politics.

I said to him that his grandparents were part of the greatest generation and his generation, with notable exceptions, was part of the most pathetic generation.

The greatest generation is called the greatest because it went through the Great Depression and WW2, two periods of much sacrifice and hardship and dare I say character development.

The people of those long-ago days worked hard, saved what they could and wished to provide a better life for their children than they had. Most succeeded, including mine.

My dad, a war-era veteran bought his first house in 1953 and sold his last house (a small condo) to his grandson two years before he died. I remember way back in 1970 when my dad lost his job of 18 years. He worked in the aerospace industry and after the end of the  Apollo Program there were massive cut-backs where he worked. Dad took his severance pay (a good part of which was from his retirement) and paid off our small home.

He told me he paid off the house rather than live on the severance, because he “didn’t want them” to get the house he worked so hard to keep.

I imagine the “them” was the loan company. His house represented the fruit of years of hard work and “they” simply were not going to get it. (Dad took a number of lower paying jobs than he had to support us. Much later he finally got back to what he used to earn and when he died left something to his children. He died without any debt.)

The reason was that even the Democrats were, for the most part patriotic, honorable Americans that still held to reasonable capitalism and personal responsibility.

People forget that in 1968 the loony left rioted at the Democratic National Convention held in Chicago! Mayor Daley would have none of it and crushed it, some say brutality.

But something shifted in the culture. The hippie movement that touched just about every teen I knew was all about free love, rock and roll and drug use. “The Man” was the enemy as well as the Military Industrial Complex. The demonization of traditional moral values (easy to do with a bunch of teens with raging hormones), the rage against traditional Christianity in favor of eastern influences (that were not judgmental of course) and the hatred for our military became the norm with a sizable portion of my generation.

I’d be lying to say that these things did not influence me. I remember having some argument with my father. I do not remember what it was about but my favorite retort to him was, “it’s all relative man.” (I was about 15-16.) Dad rarely raised his voice to me but that time the poop hit the fan. He said quite loudly that I didn’t know what the hell I was talking about and until I had a job and actually earned something I should just shut up.

This murderer became iconic for my generation. He still is with the Marxist left and his image still appears on the shirts of the “cool” clueless.

He was of course spot on although at the time I thought him a Neanderthal who did not have the benefit of learning all about the “Woodstock Culture” that my English teacher spoke of in such glowing terms. My English teacher was one cool guy. Dad, not so much. 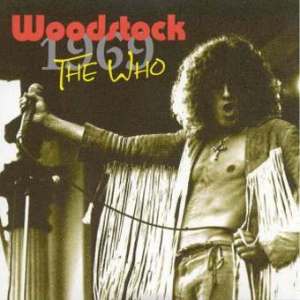 Woodstock. If you didn’t embrace Woodstock you were not cool.. My dad actually bought me an expensive fringed jacket like the one Roger Daltry of The Who wore. (As I recall it cost $70.00, an enormous sum in 1970 for my dad.)

And so that’s another thing that changed. Instead of teaching reading, writing and arithmetic some of younger teachers integrated their left-wing politics  and because they represented “coolness” young minds full of mush were polluted with Marrxism and the “virtues” of free love.

Fortunately I didn’t totally lose my mind and become a full-blown left-wing Marxist (I knew just enough history, thanks to a good teacher that I knew Marxists are Communists with a smiley face).

I got a job at my parent’s insistence (I would have been quite content to mooch off them. I’m not proud of that but it’s true.) I got married after a short stint in the Army and the landing of an ok job and learned the hard way the world did not owe me a living, contrary to the union teaching I received.

I retained just enough from my parent’s example to never expect something for nothing. If lost your job, you found another one. You stayed married, even if it got tough.

When my wife lost our first child in miscarriage (at our home) we fully realized that our baby was not a blob of cells, contrary to Planned Parenthood and the abortion industry. We went from being ambivalent about abortion (we were personally against it but would not think to impose our values on someone) to being actively pro-life.

By 1981 we had a son and by then I had concluded that my Neanderthal dad really did know what he was talking about and I had been an immature idiot!

My parent’s changed too. They leaned Democrat (Roosevelt and Kennedy were little demigods in their minds) but in later years recognized the slide to the left that the Democrats had become. They voted for Reagan because the Democrats became “the abortion” party and my parent’s took the teachings of their church seriously.

It now appears that the scales have tipped decisively.

In what alternate universe does a clearly failed President win an election? Well, it’s an alternate universe where paying for Sandra Fluke’s birth control (and or abortion) is more important than the President and his henchman lying about the deaths of four Americans in Benghazi.

It’s a alternate universe where the funding of Big Bird is more important than electing a businessman who has the skills to turn around the economy.

It’s an alternate universe when an American President bows to a Saudi potentate, plays patty cake with an Iranian Hitler and disses the only beacon of western civilization is the middle east (Israel).

It’s an alternate universe where God is actually booed at a National Convention (Democrat).

It’s an alternate universe where demagoguery (class warfare) is substituted for genuine debate on issues.

It’s an alternate universe when the main stream media serves as a fifth column for a dismal failure of an administration.

It’s an alternate universe where it’s “racist” to simply oppose on principle a half-black President who voted “present” rather than producing a record.

It’s an alternative universe when one presidential candidate is vetted ad-nauseam and the other gets a pass from the fifth column media.

It’s an alternate universe when a political party runs cover for vote cheats.

It’s an alternate universe when good is called evil and evil good (abortion on demand).

It’s an alternate universe when a person opposes gay marriage because of biblical principles and is immediately called a homophobe.(Chic-fil-a)

It’s an alternate universe where Christians are bashed as intolerant but Islam embraced?????

It’s an alternate universe when the moochers out number the producers and vote for a messiah who shamelessly buys their votes.

It’s an alternate universe when the “cool guy” with no tangible governing experience wins out over someone who has actually done the job of governing and balancing a budget.

It’s an alternate universe that my parents would not have recognized but the most pathetic generation has apparently embraced.