I’ve seen a lot of stories about ghost soldiers and sightings especially in regards to the American Civil War, but this one is just plain weird even if it is a reflection. Check it out. What does it look like to you? 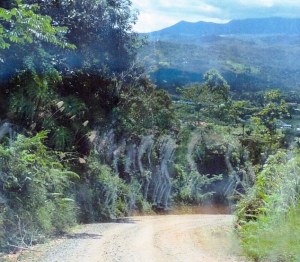 What does the image show?

The back story is at this link as is a better photo. The story revolves around the Sandaken Death March in 1945. The Japanese marched thousands of Allied soldiers (British and British Commonwealth troops, Australian in particular) into the interior of Borneo to avoid them being liberated as the Japanese retreated in the closing days of WW2. Thousands died. Many were not healthy to begin with, half-starved, diseases and beatings by the Japanese would have given these poor soldiers the emaciated appearance they have in the picture.

Real ghosts or a reflection from a towel? You be the judge.

← George McGovern, I hardly knew you
Send me a Valentine (British Mark X) →