To Work for Our Brave and Suffering Soldiers

Fox Lake, Wisconsin is a small town of about 2,000 roughly 80 miles NW of Milwaukee, Wisconsin. It sits on, naturally Fox Lake, a body of water of over 2,000 acres. My dad bought a condo on the lake and I inherited it when he passed away. 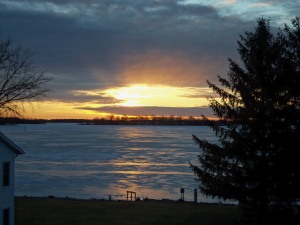 The town has its own weekly newspaper called The Representative. I usually pick one up to see what’s up. This week the local historian, Julie Flemming published a short article on Fox Lake during the American Civil War.

The article details the activities of the Fox Lake Soldier’s Aid Society who were committed to helping the 155 village men who were in the Union Army by September, 1862.

Their motto was, “to work for our brave and suffering soldiers.”

The Fox Lake Gazette reported in July, 1864 what the last shipment of aid looked like:

My guess given the logistics of the time that it would have been hard to get these items into the hands of the soldiers from Fox Lake specifically but it would be interesting to find out.

Another item of interest was the fact that in July, 1864 the recruiters were still active in Fox Lake. Although the draft was enacted in 1863 many soldiers were still volunteers and the Wisconsin Regiments already in the field would send recruiters back to the regions they originally recruited from to bring their regiments back up to strength. The paper strength of a Union Infantry Regiment was supposed to be around 1,000 men  but regiments that had been in the field for any length of time would never come close to that number given the high attrition rate (mostly disease). By 1864 Wisconsin Regiments in the field would probably number around 300. Nevertheless the recruiters returned to Wisconsin to find new recruits. Here’s the list of what Wisconsin Regiments were in Fox Lake in July, 1864: 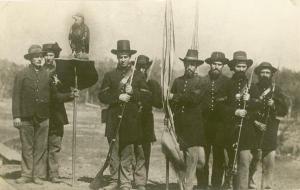 It seems like a lot of recruiters for a town as small as Fox Lake but it has to be remembered that the various companies that made up a regiment were recruited from militia companies that consisted of family and friends from the same area. Chances are the recruiters would be known to those who they were trying to recruit.

I’d have to research this a little but early in the Civil War many regiments were recruited for 100 days only. This was done for a couple of reasons. Many thought the South would be crushed in one battle so all that what was needed was a short-term enlistment. First Bull Run put an end to that wishful thinking. Second, the US as a whole had a militia mentality and the regular army was tiny. Therefore, short-term 100 day commitments to the federal government were the norm and usually that meant defense only. This was a bit awkward since soldiers might think it was one thing to defend Wisconsin (no Confederate Army ever came close to Wisconsin) or even Washington D.C. but quite another to invade Virginia or Tennessee. People in those days had more of a loyalty to their States than they did to Washington. Come to think of it so do I especially given the current administration in Washington!

So, all that to say 100 day men were still probably being raised in 1864 for garrison duty, sort of like a national guard and possibly to protect against Indian attacks. In Minnesota in 1862 there was a short war with the Sioux and a number of Wisconsin regiments were mustered to help subdue the Sioux.

Thanks to Julie Flemming for writing on the history of Fox Lake.

One comment on “To Work for Our Brave and Suffering Soldiers”